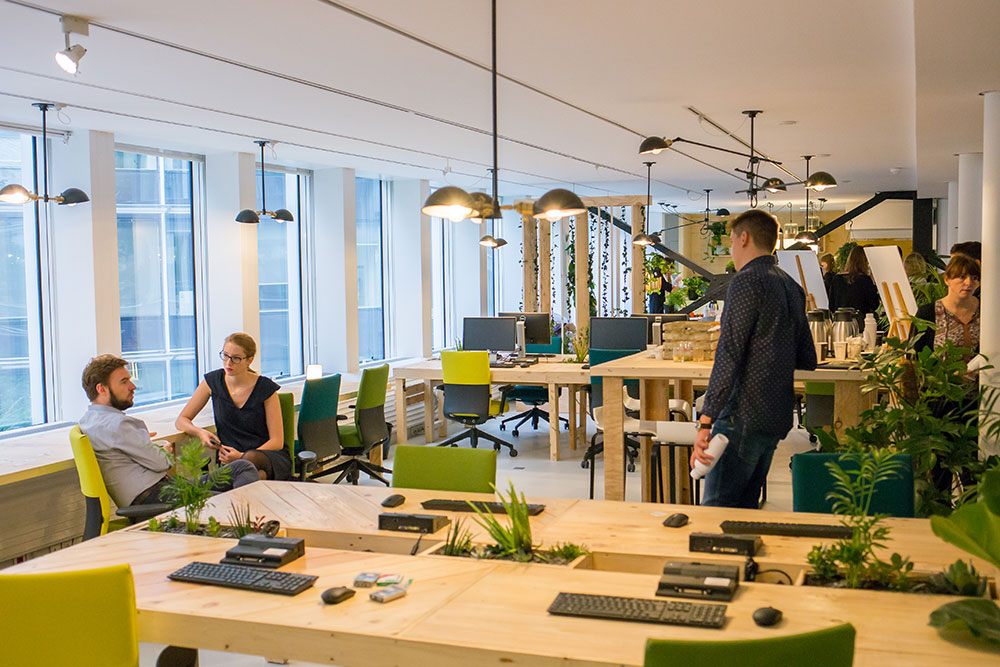 Open Innovation: what Unibail-Rodamco learned from its past mistakes

Ludovic Flandin, director of UR Lab.

Unibail-Rodamco engaged in its digital transformation process when Christophe Cuvillier took charge of the company in April 2013. This is when the first version of UR Lab, the internal innovation unit, emerged. However, two years later, the top management had to face the facts: the programme was not working as planned. “There were many failures, everything was very slow and we even had to face some internal conflicts. Some things were actually working, but it wouldn’t last” Ludovic Flandin explains. More importantly, the impact on business transformation turned out pretty low.

The analysis of the initial mistakes gave birth to UR Link – a startup accelerator – and to a new version of UR Lab, which is now conceived as a place for innovation, at the heart of the company’s headquarters, hosting startups, events and projects. The entire strategy has changed: the first structure was conceived as a separated entity, located miles away from the headquarters.

“At that time, the idea was to launch projects such as internal startups” Ludovic Flandin explains. Teams from different backgrounds, computer science, communication and marketing worked together on the same projects, out of touch with the group’s activities. Lesson learned: “There is an issue of appropriation and a risk of rejection for ‘not-invented-here’ innovations if we are not careful about connecting projects with the business from the beginning.” Thus, UR Lab is now directly linked to the different departments in view to creating new sources of revenue.

Two plans imagined at that time were not lost: the Magellan project, an observatory to study how innovation will look like in 2030, reuniting sociologists, philosophers and designers, as well as the UReka programme, designed to foster creativity and innovation for the group’s co-workers, featuring trainings, immersive startup experiences and a platform for collaborative exchanges.

The change of direction Unibail-Rodamco engaged in 2015 is characterised by the decision to open the group to new types of partnerships, working along with startups within the UR Link accelerator. “We have a list of issues and we select startups addressing them. We do not have any views to absorb them: startups have more talent and agility than we do, but we can offer them contracts on 10 or 20 of our shopping centres.”

The acceleration period lasts 4 months. This is a rather short period, while in the past, projects could last several years… “With this time constraint, even if the experience is negative, it only lasts several months as a maximum.” The first month is dedicated to choosing the pilot shopping centre, and to addressing legal and practical issues. The two following months are dedicated to tests. The last one is meant to think about scaling the initiative. The startups are directly supported by the group’s management board, and each of them works along with a dedicated executive. 4 members of the UR Lab team follow the progress of all the projects.

For the first season, out of 5 pilots, two brought their projects up to scale. “This is far more efficient than everything we had tested, Hackathons, pitch sessions or long-term collaborations.” The startups can also choose to receive a €50,000 investment, in the form of share warrants. For its second season which began in November 2016, UR Link received 130 applications, picked around 30 finalists and 6 of them joined the accelerator.

The selected startups evolve in different fields: for the first season, Amano was operating in mobile applications and data, Visibilishop in e-reputation for local retailers, My Pop Corner in temporary venues, Deliver.ee in logistics while Dress In The City reinvented second-hand selling. The latter was particularly successful, which resulted in “Dress In The City” corners created in dozens of shopping centres in France.

For its second season, Unibail-Rodamco selected KairosFire, which creates consumer profiles based on behavior in the physical world, Sous les fraises, a urban farming project, Karos, a pioneer in urban car sharing, Merito, a recruitment platform, Transaction Connect which turns any credit card into a loyalty card, or the Spoon robot.

The themes of the next season are currently being devised, but focus should be set on crowdsourcing and recycling. Applications will open in April. In 2017, UR Link might even be duplicated abroad, probably in Germany or in Spain.

The programme, associated with NUMA, the incubators of the Paris city council, the Grand Prix of Digital Innovation (organised by Petit Web) and VivaTechnology, is starting to pay off image-wise: “it had a strong impact on recruitment. For instance, we broke through the HEC Paris Digital Specialisation, boosting our recruitment level this year along with Google. This wasn’t easy, as students know exactly what they expect from companies who say they are innovative.” An important point is that this innovative programme also attracted local politicians who partnered with Unibail-Rodamco development projects.

This article was initially published in French, on Petit Web on January 23rd 2017.